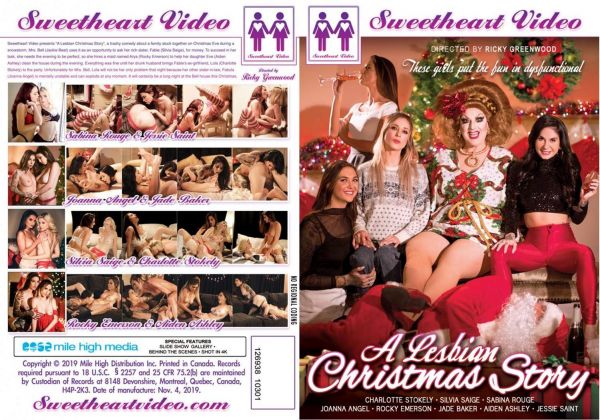 Production Year: 2019
Starring: Silvia Saige , Joanna Angel , Charlotte Stokely , Jade Baker , Aiden Ashley , Sabina Rouge , Rocky Emerson , Jessie Saint , Jackie Beat
Director: Ricky Greenwood
Categories: All Girl / Lesbian, Christmas, Family Roleplay, Feature
Description
Sweetheart Video presents A Lesbian Christmas Story, a trashy comedy about a family stuck together on Christmas Eve during a snowstorm. Mrs. Bell (Jackie Beat) uses it as an opportunity to ask her rich sister, Fable (Silvia Saige), for money. To succeed in her task, she needs the evening to be perfect, so she hires a maid named Arya (Rocky Emerson) to help her daughter Eve (Aiden Ashley) clean the house during the evening. Everything was fine until her drunk husband brings Fable’s ex-girlfriend, Lola (Charlotte Stokely) to the party. Unfortunately for Mrs. Bell, Lola will not be her only problem that night because her other sister-in-law, Fabula (Joanna Angel) is mentally unstable and can explode at any moment. It will certainly be a long night at the Bell house this Christmas 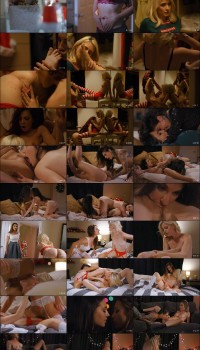